I'll take a look at some of the other findings later.

Greater Sydney looks to be in good nick with an unemployment rate of only 4.85 per cent.

I doubt it will run a whole lot lower than that.

In fact, generally speaking, most capital cities are heading in the right direction, if from too high a base in Adelaide's case. 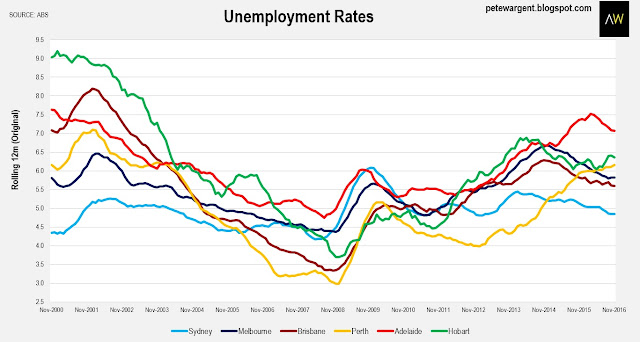 The one capital city where the unemployment rate is still definitely trending up is Greater Perth.

That said, it does look as though perhaps the unemployment rate is steadying a bit in Perth too.