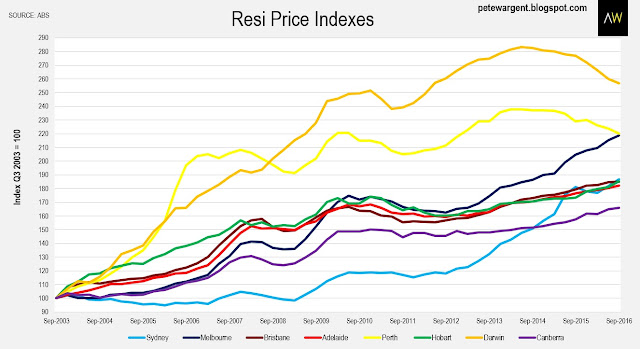 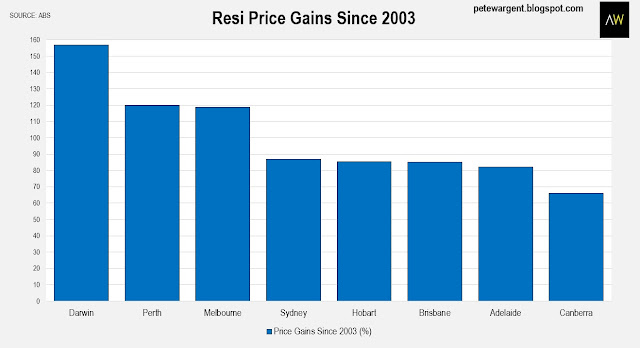 The average capital city house increased in price by 164 per cent since 2002.

The attached dwellings series doesn't run back that far, but also recorded large gains from its inception.
Posted by Pete Wargent at 21:25