The government, the Bank of England (BOE) and regulators are set to crack down hard on UK buy-to-let lending in a desperate bid to cool the rampant London housing market and its surrounding south eastern region.

Given the persistent undersupply of housing within the green belt, the likely result will be rising rents, in my opinion, but this may be the lesser of two evils from a financial stability perspective.

The latest UK Land Registry data showed yet another stratospheric +13.5 per cent year-on-year rise in the average price of a house in the capital city, with the South East not that far behind at +10.9 per cent.

For those who ask why I bother relentlessly analysing economic metrics and data on employment, wages & household incomes, population growth, construction, housing finance, and aggregate demand?

Take a look at prices in the North East, and to a lesser extent, Wales. A thriving economy and labour market opportunities are of vital importance to housing markets. 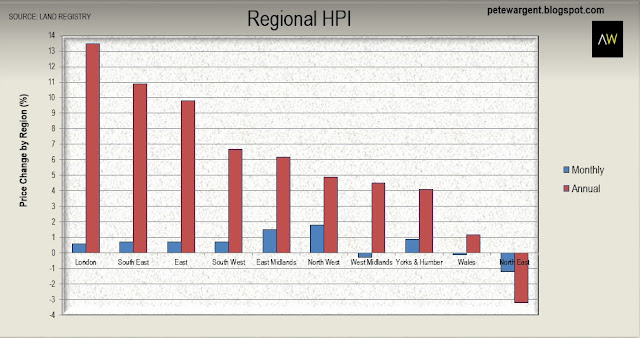 The average price of property in the capital city is now £530,368 in comparison with the average for England & Wales of £190,275, which is an extraordinary divergence when you strip out London's prices from "the rest". 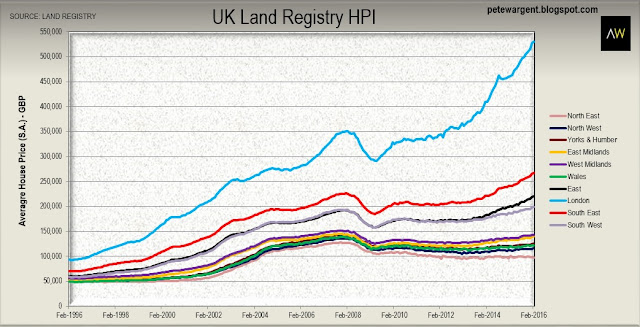 For those who argue that London has always been more expense than the rest of England and Wales?

Well, this is true to a point, but indexing prices to 1995 shows the size of the colossal margin between price growth in London versus the rest.

The capital city has outperformed on ex-London prices by a factor of two of the last couple of decades. 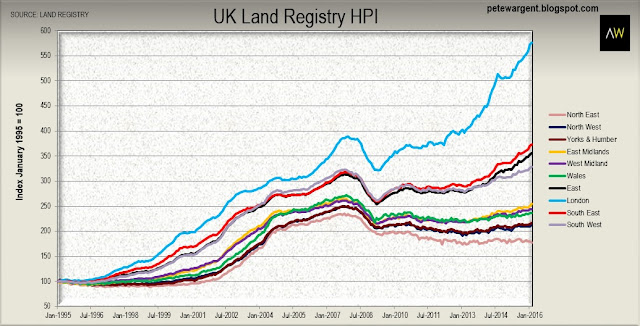 The latest figures by town showed that some of the areas surrounding London are beginning to record smashing price growth too.

Away from London, price action has been far more subdued, and in many cases it has stalled completely.

One of the other challenges facing the UK is that mortgage rates are at unprecedented lows, leaving many young adults unaware of the potential perils and pitfalls of a tightening cycle.

At least one good thing about low interest rates and rising prices has been the ongoing decline in repossessions. 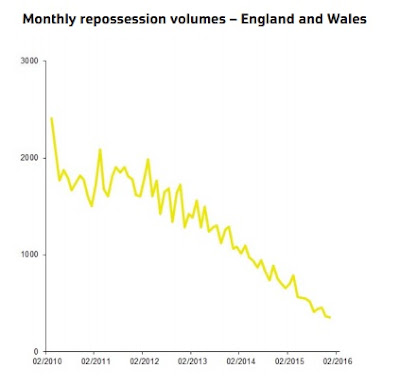