North/south divide the widest on record

Perhaps not that surprisingly UK house prices jumped ahead of forthcoming stamp duty and tax changes, leaping from £196,930 to £200,251 in March, according to the timely Nationwide house price index.

The annual rate of growth on this index accelerated to +5.7 per cent, but there is now a very fair chance that there will be an impact from policy shifts from April forth. 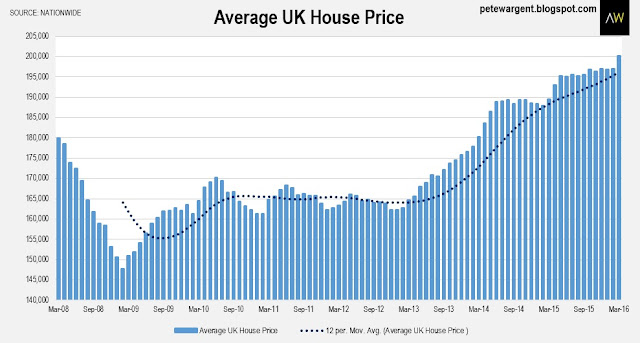 As March is a quarter end, we can also see the figures in their full historical context. 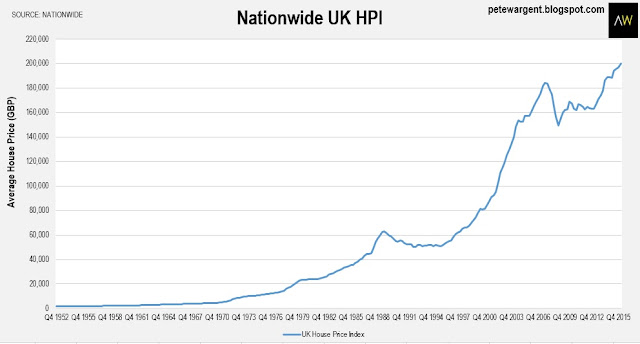 London still leads the way in terms of annualised percentage growth (+11.5 per cent), but the engines of growth are now to be found in the outer metropolitan London (+12.2 per cent) and no longer prime central areas which have dominated price growth over recent times.

This was only the fourth time in five years that the London region did not record the fastest rate of annual growth, with prices in the capital having blasted +52 per cent above even the pre-crisis highs.

Strong annual growth continues in the surrounding south east of England, but away from London price growth has stalled. 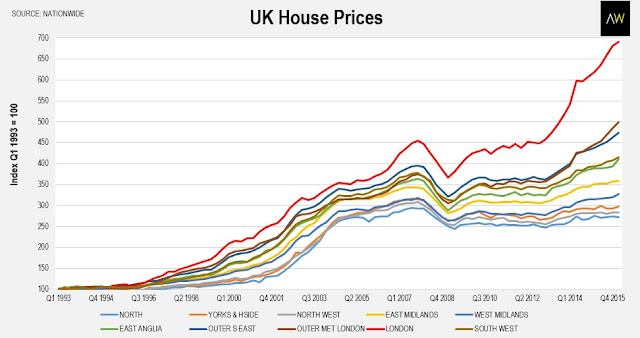 In fact the north-south divide in house prices has reached its highest ever level, with a typical house in the north of England now worth a massive £163,000 less than one in the south.

For a while through the 1990s it had seemd that outer regional prices could keep pace with those in the capital as interest rates fell and the rising debt tide lifted all boats, but since 2008 this illusion has been exposed as a fallacy. 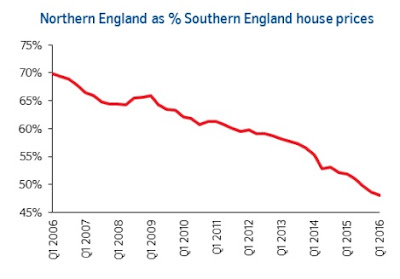 In a similar vein, land price valuations through 2016 will show that capital city land prices have accelerated far and away in advance of regional land prices to create the biggest divide in Australia's history.

Similar causes and effects to Britain's divergence, although in Australia's case a once-in-a-century commodities boom pushed regional prices in particular much higher than warranted by their medium term fundamentals.

The best performing regional centres going forward are likely to be those "peri-urban" locations situated with reasonable proximity to the largest capital cities.
Posted by Pete Wargent at 10:20