All quiet on the capital front

Subdued activity on the capital raisings front in the first two months of 2016, both for initial and secondary capital.

January is always a quiet month of course, but so too February this year.

There have been a few listings lately, though no real headline-grabbers. 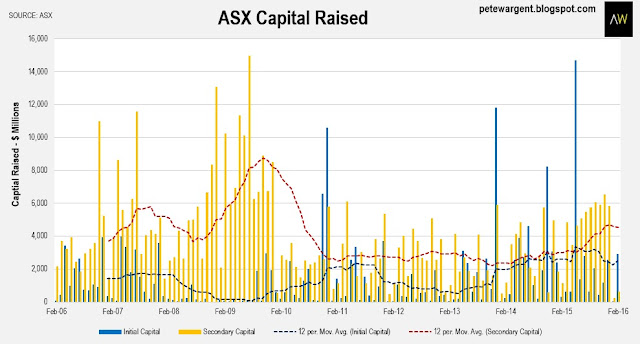 With some big listings such as the huge November 2014 Medicare float dropping off the rolling annual data, total capital raised for the past year ticked back to around $84 billion. A few small listings are planned for March and in the pipeline, but it's been a quiet couple of months for news.
Posted by Pete Wargent at 08:12