A couple of views of the huge structural changes around Darling Harbour from this weekend.

First, looking out from on the middle of the swinging Pyrmont Bridge over to the site of the new Convention Centre and International Hotel, being constructed by Lend Lease. 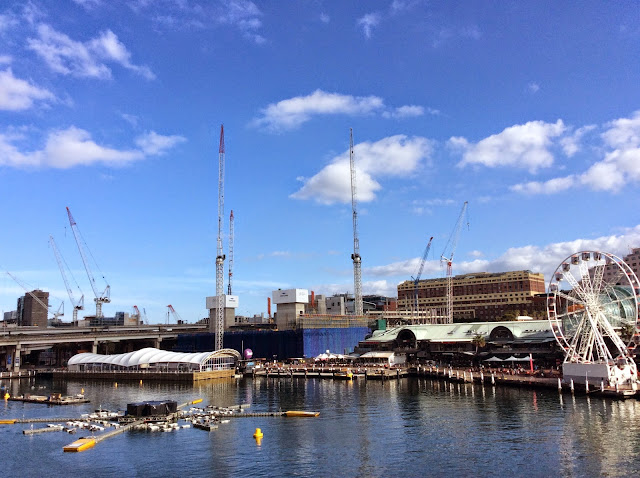 And secondly, the first of the gargantuan commercial towers at Barangaroo on the old Hungry Mile, being constructed by the same developer. 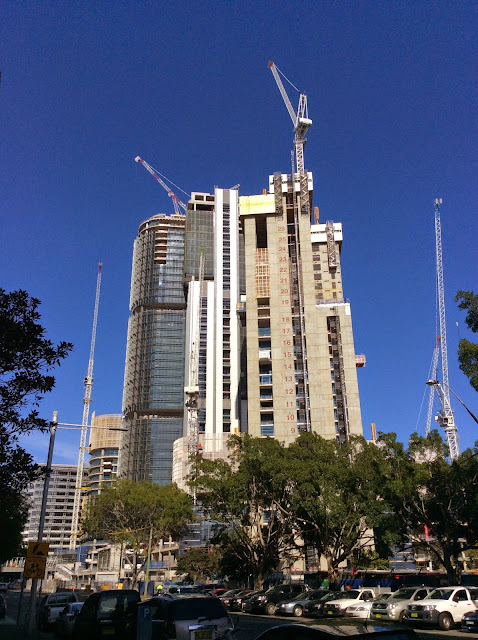 Staying at Darling Harbour myself this weekend I noted at the weekend that Lend Lease also put 581 units on the market from its Darling Square development, which sits towards the Tumbalong end of the area.

Reportedly, only a third of buyers were from offshore, while at least half were said to be owner-occupiers.

The Darling Square development will comprise around 1500 apartments in total.
Posted by Pete Wargent at 20:32